KRASHKARMA - Girl with a Hammer

Posted by Derf's Domain at 6:41 PM No comments: 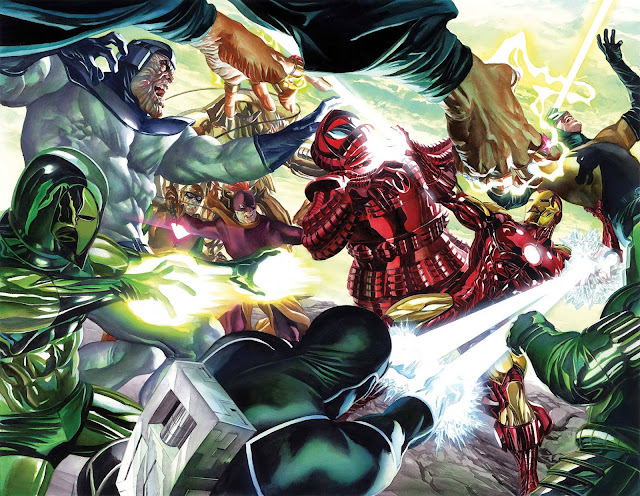 Another week has come in gone in September.

at your local comic book store.

Let's see what I am planning on getting on New Comic Book Day.

Short list, but non-stop action!
Until next time, get your READ on!
Posted by Derf's Domain at 8:05 PM No comments: 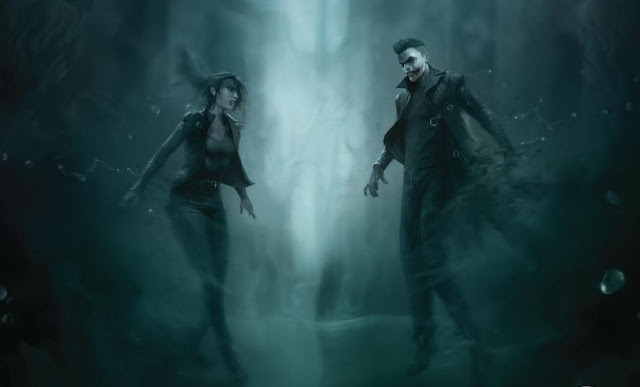 Are you as excited as I am to see what glorious treasures await us on NCBD?  Well, wait no more because here is my list of issues that I will be getting this week on New Comic Book Day.

BATMAN AND THE OUTSIDERS #16

I hope you saw something you liked.
I know the list is short this week, but it is surely sweet!
Until next time, get your READ on!
Posted by Derf's Domain at 10:03 PM No comments:

How the hell have you been?  Me? I've been a busy mofo. Besides that, I have been working on upgrading my technology so that I could get back to doing what I love.  What is that?  Educating my fellow Nerds on everything comic related in this Universe, and my friends, that is one big Universe.

With that said, let's get started by discussing one of my favorite characters from the Age of Apocalypse story-line.  For those of you who don't know the original story, Age of Apocalypse was a future or other dimensional based story arc from Marvel Comics back in the '90s.  It introduced us to a new world starring some of our favorite X-Men characters as well as introducing us to new ones.  One of these characters was the Japanese hero, Sunfire.  I always liked Sunfire in the X-Men comics, but the AoA version took him to a whole new level.  Basically, Sunfire looked like Ghost Rider and the Human Torch were fused together which made him look bad ass!  And that my friends is why he is today's showcase. So, sit back and relax as I fill you in on the vitals of Sunfire.

During the beginning of Apocalypse's rise, Magneto approached Japan's greatest heroes, Sunfire & the Silver Samurai, and asked them to work with him and the X-Men to stop Apocalypse. Sunfire accepted the invitation despite his country's isolationist policies and left his cousin behind. During Apocalypse’s blitzkrieg attack on Asia and Europe. Sunfire rushed home to Japan.  When Sunfire arrived in Japan he found his country in flames and Silver Samurai leading refugees away from Apocalypse.

As Samurai continued his evacuation, Sunfire ambushed Apocalypse and his forces. Sunfire fought valiantly but could not stand up to the might of both Apocalypse and his son, Nemesis. Sunfire exploded, releasing a nuclear level blast that destroyed most of Apocalypse's Infinites and scorched a huge area of Japan. The blast did not kill Nemesis or Apocalypse, but it provided Samurai with more time to evacuate Japan. Left a burnt-out shell, Sunfire was captured and given as a test subject to Death, Horseman of Apocalypse, though he was eventually rescued by the X-Men and taken to safety. While Sunfire healed, Magneto created a new suit that would keep him safe from his own powers. Sunfire then returned to the X-Men’s side soon after and continued to fight Apocalypse’s forces.

Sunfire remained a mainstay with the X-Men as Apocalypse continued to overrun North America. Eventually, world tensions led to a cold war between Apocalypse and the Human High Council, which could have potentially ended in a complete nuclear holocaust. In the days leading up to the end of Apocalypse’s reign, Sunfire and Blink discovered a Culling in Chicago, though they were followed by Prelate Delgado. Magneto sent a team of X-Men, including Sunfire, to investigate and they successfully prevented the culling. They also were able to discover the location of an Infinite Processing Plant in Indianapolis and destroyed it.

Later, Sunfire assisted X-Force in their battle against the ascended Archangel. He gave his life absorbing the flames of Genocide, preventing them from scorching the earth through the Doom Fountain. (Information provided by marvel.fandom.com)

Well, I hope you enjoyed this article about Sunfire.
Until next time, Unleash your inner NERD!
And as always, get your READ on!
Posted by Derf's Domain at 8:29 PM No comments:

Well, how has your week been?  Mine has okay, but I am ready for some new comics.

The Question: The Deaths of Vic Sage #4

Well, there you have it...I hope you see something that will bring you joy!
Until next time, get your READ on!
Posted by Derf's Domain at 4:21 PM 1 comment:

Posted by Derf's Domain at 9:00 PM No comments: