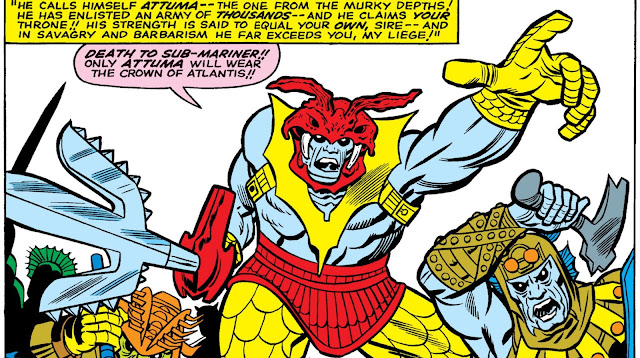 Straight from the big screen making his debut in Wakanda Forever now to appear on my blog, is the Atlantean warrior known as Attuma.  For those of you who  saw the film, you noticed he had a bond with Namor but it all actuality,  he wanted the throne to Atlantis all to himself.  So, let's dive into these waters and learn more about the true nature of Attuma. 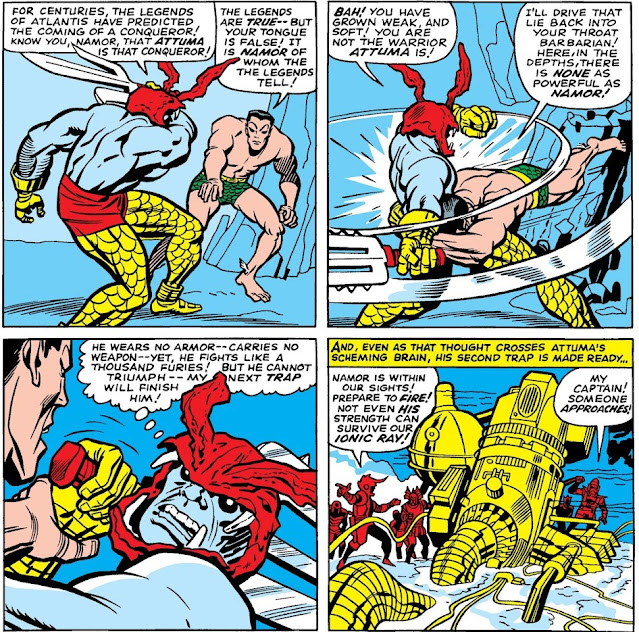 Attuma was born as a member of a tribe of barbaric Atlanteans, who were banished from Atlantis ages ago. Attuma was born with strength, endurance, and speed far superior to those of any normal Atlantean. He quickly became leader of his tribe and declared that he would conquer the city of Atlantis as an ancient prophecy predicted.

Attuma gathered his troops and attacked Atlantis, and was defeated by Namor the Sub-Mariner, the Prince of Atlantis and his allies the Fantastic Four. Attuma and his troops were banished from Atlantis once again. Over the years, Attuma has been at war with both Atlantis and the "surface world" (the Atlantean name for the human nations). He developed a super-weapon with which to invade the surface world, but was foiled by Iron Man. This was just a minor setback in Attuma's eyes.

When the ruling Council of Atlantis asked Prince Namor to abdicate the throne, Namor obliged and left Atlantis. Attuma was hired with his men as mercenaries to end the Atlantean civil war. Several Atlantean nobles battled for the throne, but Attuma took the throne and became the new ruler of Atlantis. 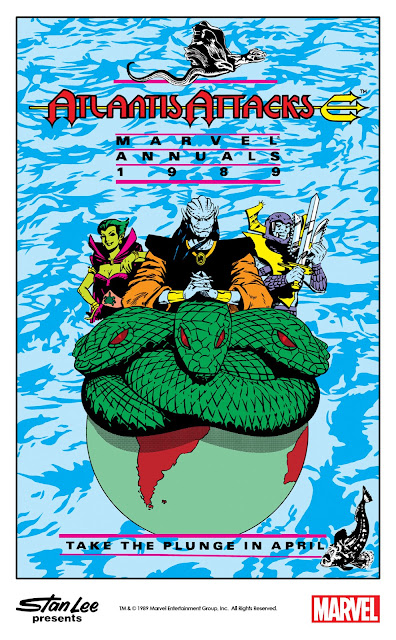 Then one of my favorite crossovers was to introduce Attuma yet again.  In Atlantis Attacks, Attuma allied himself with Ghaur and his Deviants and Llyra and her Lemurians against humanity. He battled Iron Man and Namor, and then learned that the superhero Andromeda was his estranged daughter. Attuma mobilized his troops for an assault against the United States.  He abducted Marvel Girl as part of Ghaur's plan. Attuma then finally met his daughter Andromeda again, who now led a group of Atlantean rebels against him. Attuma fought his daughter and defeated her in personal combat, but Ghaur spirited her away.  Attuma was angered, but continued with their plans. Ghaur and Llyra tricked him though and while Attuma attacked the surface world, battling Spider-Man and the Fantastic Four, Ghaur and Llyra attacked Atlantis and killed a large part of the population as a sacrifice to their god Set. When hearing about Atlantis' destruction, Attuma went into a stupor and the Atlanteans retreated. Attuma was put on trial, but made his way back to Atlantis. 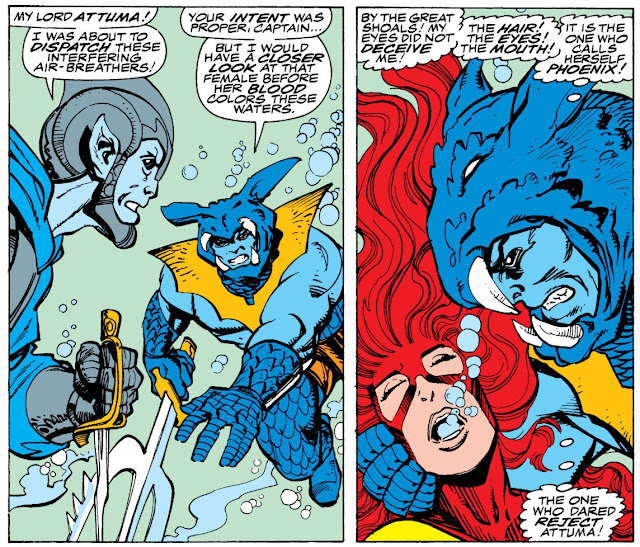 Attuma returned to his barbarian hordes and would make other attempts to conquer Atlantis and the surface world, but without any success. One such attempt would come after Attuma allied his Barbarian hordes with the forces of the futuristic conqueror Kang. His armies would pick Canada as their point of invasion; however they would be turned back by the superhero group, the Avengers.  (Hmm, Kang you say?)

Attuma would attack New York City with an undersea horde once again. He was confronted by the Sentry and sadly lost his head over the ordeal. 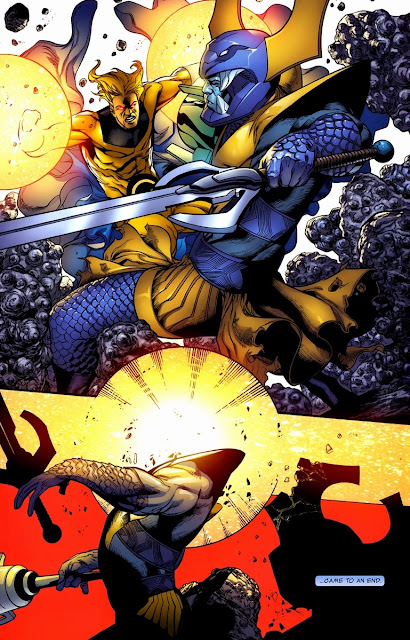 Until next time, get your READ on!
Posted by Derf's Domain at 5:40 PM