Sticking with the Atlantis Attacks theme, I decided to Showcase the team of Atlantean Mutants known as S.U.R.F.  I have to give Dr. Jay his props because the idea popped into my head after he gave me an issue of the New Mutants Annual #5 while we were volunteering at the hospital for their annual Christmas gathering for the youth. 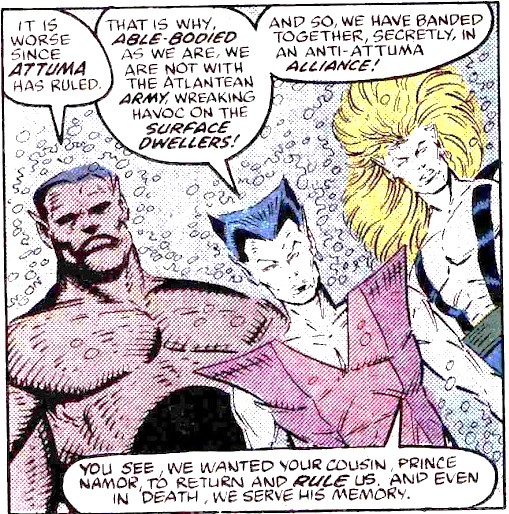 SURF is a team of three mutant Atlanteans. They first appeared during the largest Atlantean invasion yet attempted, the so-called "Atlantis Attacks" affair. However, instead of joining their brethren, the Surf acted as outlaws, saving several surface dwellers from harm. They remained together as Atlantean outlaws ever since.

The three members are Eel, Sharkskin, and Undertow.

Sharkskin is a powerful Atlantean born with a physical mutation. Sharkskin has superhuman strength and durability, even more so than the normal Atlantean. 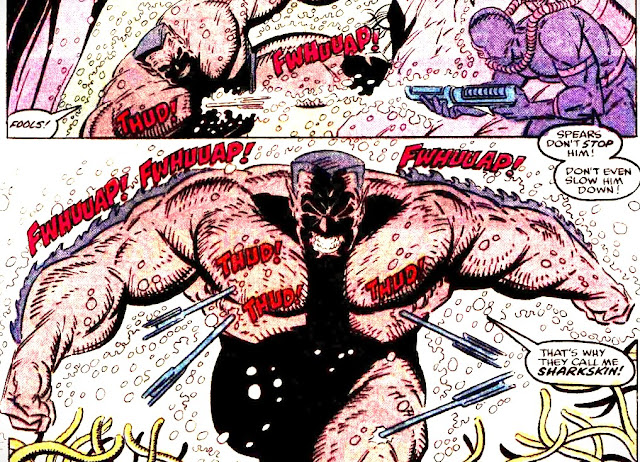 Eel is the "shapeshifter" of the group.  His powers include the ability to flatten his body and turn himself semi-rubbery, although he does not appear to be capable of elongating his flattened body. 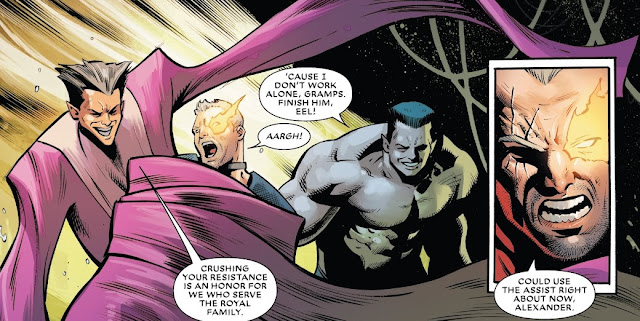 Undertow is capable of manipulating water for various effects, including water blasts, grappling attacks, creating air pockets underwater, and pedestals of water to carry himself and his teammates. 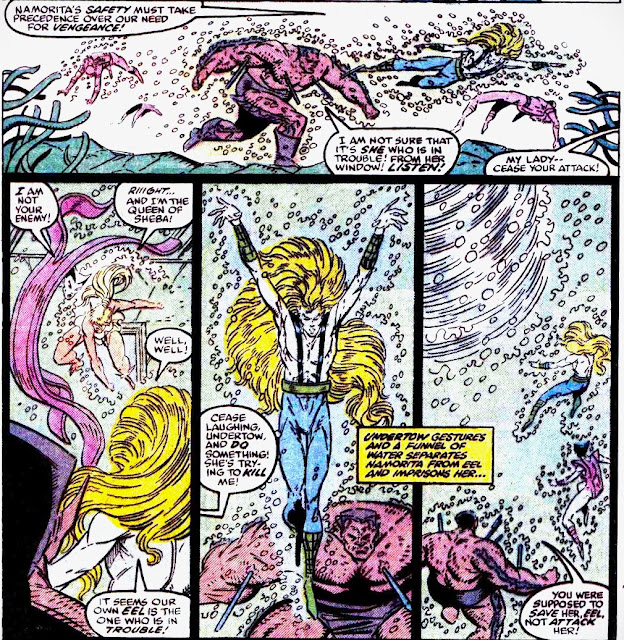 The team was introduced as part of the Atlantis Attacks storyline of the '90s but they have made a resurgence in the Major X series during 2019.  To be honest, they may have been used briefly in the Marvel Universe,  but I would buy a Marvel Legends set of this trio. 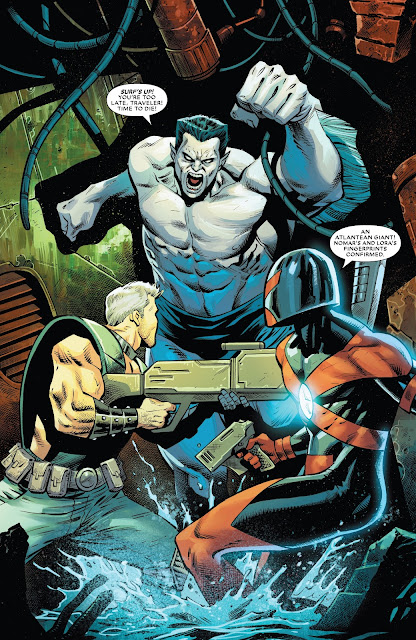 I think next week my showcase may feature someone from another GALAXY.  That's your hint, lol.